The World of JOHN CAMERON

One of the many back-room Johnnies that pulled the strings for a string of front-room favourites, John Cameron's name keeps cropping up in my record collection. As a result I feel compelled to honour the range of his arrangements and at the same time purge myself from listening to him again and again and again. I hope this draws a line under it.

By way of introduction I am including one of the TV shows he was responsible for and one that in my opinion never really added up. And  I mean literally. You had these impressive opening titles where all sorts of stuff was going on but because it was only on for 30 minutes there was never enough time for anything to actually happen. I constantly felt shortchanged. All through my youth. 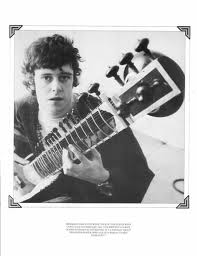 DONOVAN, "standing by The Everyman digging the rigging in my (his) sail...", encountered JC and installed him as his musical director from whence he oversaw a truly inspired evolution from folkie to what (in the books) is officially called  psychedelic minstrel. Much lyrical waxing ensued against the sound of harpsichords and the big-chinned Dylanist was never the same again. Cameron took Don through the changes, with the pair briefly relocating New Orleans to St Albans with a series of swinging jazztastic odes hammered out in the company of regular sidemen Spike Heatley, Candy Carr and The Hipster himself Harold McNair. Try "Preachin Love" for proof. It's like Georgie Fame but in a slightly fey Scottish brogue. 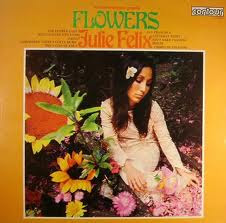 Meanwhile somewhere under Greek Street the Canadian chanteuse JULIE FELIX was hitting the same string bass notes, her "Saturday Night" restyle of "Young Girl Blues" coming out a very worthy cover and Cameron followed her onto the BBC for the duration of a TV show. In this canon mention must be made of PETER SARSTEDT's "Step Into The Candlelight" and a particularly forgotten progressive folkie of the same bent TIM HOLLIER. His LPs have some very big Cameron arrangements such as the sweeping "In The Light of Sadness". 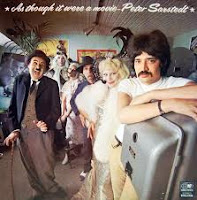 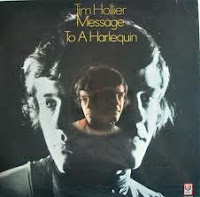 Hanging round the BBC (in an entirely work based capacity I must stress) Cameron must have bumped into southern belle BOBBIE GENTRY, as he ended up acting as her MD for her criminally wiped shows. (I mean what were they doing at the BBC in those days....?) 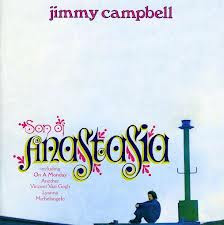 Pinching her distinctive Chickasaw County Sound he turned "On a Monday" by JIMMY CAMPBELL into some sort of my woman done-like gone-like, mersey delta blues. (Fans of this singer will not need to be reminded of The 23rd Turnoff's monumental "Michaelangelo"). The phenomenon of Donovan inspired a couple (?) of tribute albums recorded by VIC LEWIS at the arse-end of the 60's and Cameron turns up arranging Vic's spectacular take on Macca's "Blackbird". It's interesting to hear the MIKE SAMMES SINGERS sending the bird in a distinctly mid-Atlantic direction.

For the PICADILLY LINE Cameron is in restrained form. The sleeve of their album suggests full-on Toy-town psych but it's actually very measured, softly swinging folk- baroque (shit I've used all by labels!). "On the Third Stroke" sounds like something off a Simon & Garfunkel album, which is no bad thing. But Cameron was a man of many parts and word should be made of his northern soul credentials with his work with The Flirtations and one-offs like the Cam arranged "Look at the Lights Go Out" by HOPSCOTCH, a band previously called The Scots of St James (a play on words on the club The Scotch of St James ....a popular club in St James with a Scotch theme - I think they ended up as Marmalade, a breakfast condiment). 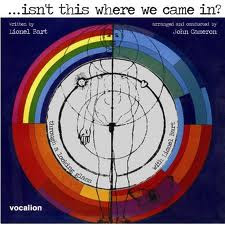 And then there's "No More" by American singer JON HENDRICKS, previously of the Lambert, Hendricks & Ross scat group and "Twisted" fame. He was in London at the time working with Ronnie Scott who was also acting as sideman for the former singer Scott Walker, Hendricks appears as a guest on an April 1969 edition of Scott's TV Show. (And we wondered once opon a time why the saving of these shows was low down the BBC priorities...). LIONEL BART's progressive 1968 LP doesn't so much divide opinion as draw together an overwhelming consensus that the song "May a Man Be Merry" is the only thing worth listening to on it! (file next to JC's soundtrack to the Peter O'Toole vehicle, "The Ruling Class". But only if you want). 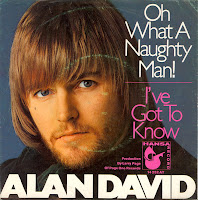 In this period Cameron oversaw Melanie's second LP and her soundtrack to the Tom Bell vehicle "All The Right Noises" as well as sessions with ex-Manfred and budding Brit-actor Paul Jones. ALAN DAVID was another with thespian credentials appearing in "Gonks Go Beat" and the TV Show "Gadzooks Its All Happening" (no not exactly The Cottesloe, was he?). He didn't seem to have any other credits after this. "Oh What a Naughty Man" is a decidedly camp affair with more than a touch of late 60's Bowie about it. (The b-side "I've Got to Know" is a spot-on Barry Ryan impersonation by the way for those who are interested. And for those who are VERY interested there's a good cover version of it on Petula Clark's "C'est La Refrain De Ma Chanson" LP.). 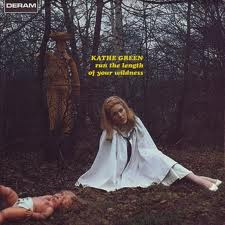 I suppose I should mention JC's work on singles by Gloria Hunniford and Freddie Garrity in this particular part of the appraisal but I won't. Of far greater interest is John Cameron's masterwork from 1968, "Run the Length of Your Wildness" by well-connected American singer KATHE GREEN. Enclosed within a creepy Hammer Horror-inspired sleeve, JC comes as close as anyone to recreating Jim Webb's weirdly wonderful arrangements for the Richard Harris LP's. Indeed it was the man they called Hoarse who inspired Green's album title. Songs like the title track and "Primrose Hill" pack a heavy emotional punch with JC given free-reign to belt out almost Wagnerian soundscapes. Balancing this are more wistful titles such as the meticulously arranged and sung "Ring of String". 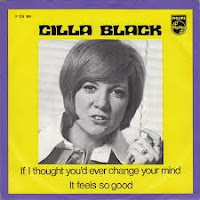 The album also has a great version of one of Cameron's best known compositions, "If I'd Ever Thought You'd Change Your Mind", a song covered by many singers of the day including the eternally undervalued CILLA BLACK. (there's also a very nice Gil Evans-type jazz version of this by the mystic Californian trumpeter Maynard Ferguson). Welsh wanna-be-Cilla SAMANTHA JONES did a rousing version of JC's other famous song "Sweet Inspiration" which is well worth a spin even if her vocal does get a little over exposed amongst Mark Wirtz's ersatz parping horns. 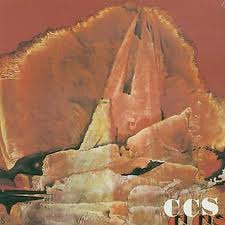 Cameron's big hit was however in the company of the Collective Consciousness Society - CCS - and their big band reworking of "Whole Lotta Love"which left a deep impression on many British childhoods as the theme to BBC's "Top of the Pops" (It's not the easiest thing to listen to these days I might add...) From their first LP the "Waiting Song" is a particularly fine showcase for the cream of British jazz that resided in this band's line-up. No Alexis Korner on it either.  LESLEY DUNCAN's career flitted between session work (I think she's on much of the above songs I've wittered on about) and obscure singles. "Love Song" is her most famous song but this was the original version with its use of atmospheric street sounds. This is one of those VERY London songs - up there with the stuff off Drake's "Bryter Layter" and that Murray Head LP where he goes off his trolley - "Nigel Lived". 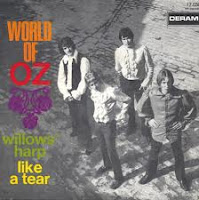 One wet Sunday afternoon at The Belgrade Hotel in Oldham, I handed over a fiver for "Les Grandes Success" LP and the veteran Brummie record dealer cooed back at me, "Oooh Francoise!". In a split second, and much to my chagrin, the crowning peak of this man's entire adolescence had been eternally forced upon my consciousness. 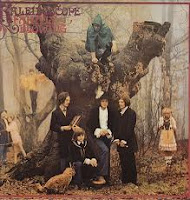 Growing up with exposure to the Bam Caruso "Rubble " series I came across a couple of acts with Cameron arrangements, both good examples of how ill-defined much of the music we call/called psychedelic really is. Both THE KALEIDOSCOPE's "Black Fjord" and WORLD OF OZ's "Like a Tear" are very difficult to pin-point. The consistent element is the imaginative arrangements, the former bombastically epic, the latter incalculably subtle. 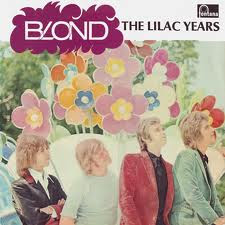 Over the North Sea The Tages were the most Beatle-like of the Swedish bands and by the end of the 60's they had become BLOND (I mean they already were but they changed there name to BLOND). They drafted JC in to give them a revamp and ended up recording the "If I Ever Thought You'd Change..."song. They also recorded something of an epic called "The Lilac Years" which seems to be about the immigration of Scandinavians to America. It's all very BIG and ends up with a slightly unexpected crumhorn solo.

What else...what else...well there is of course the work he produced under his own name. In the mid-60's he knocked out a couple of LPs "Cover Lover" and "Warm & gentle" which were fairly bog standard easy comps of popular tunes, a bit like the work of Sounds Orchestral and other John Schroeder produced concoctions. 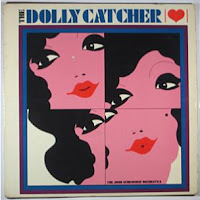 In fact it is JC on JS's "Dolly Catcher" LP which spawned the memorable "Explosive Corrosive Joseph" amongst others. Of greater worth is the classic "Troublemaker" LP with Harold and co all in place. (PS - it's quite popular in clubs). The other stuff has been leaked out by that other Johnny, Mr Trunk with the soundtracks to "Kes" and "Psychomania". 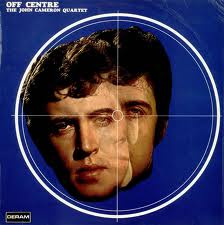 Elsewhere his Library work can be found on the internet (this). These LPs were recorded for commercial purposes and there is a LOT OF IT. Bonne chance to the man who wants to track it all down. However some of it is top notch with the KPM series spawning things like "Liquid Sunshine" and the Sound Gallery-famed "Half Forgotten Daydreams"

Any road I'm done. I'll leave you with this: