"Quand je serai vieux je serai insupportable         "When I get old I'll be unbearable
Sauf pour mon lit et mon maigre passe                 Except to my bed and my miserable past
Mon chien sera mort, ma barbe sera minable      My dog will be dead, my beard shabby
Toutes mes morues m'auront laisse tomber"        And all my women will dump me" 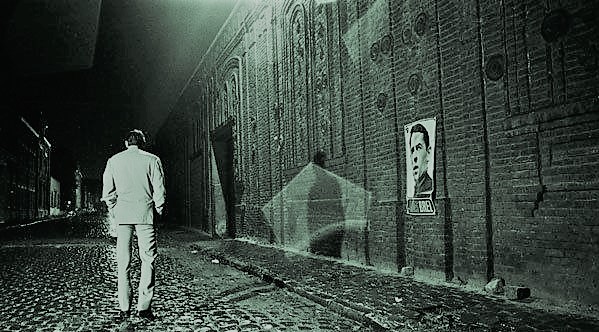 By the time he finally stepped off the stage in May 1967, Jacques Brel had pretty much reached the end of his musical voyage.

With a few notable exceptions, the songs recorded in this period would see him re-working the same lyrical obsessions he'd been ploughing since the late 50's, with only the lusher arrangements offering any real musical progression. In addition, each LP was now peppered with self-deprecating references to himself in third person, designed to send a signal to his audience in Brechtian terms that the show was nearly over. And so just as he'd abandoned the safety of his father's Brussels cardboard factory 15 years previously to become the star of the Parisian music-hall, so he decided to step off the carousel once and for all and indulge himself in something new. 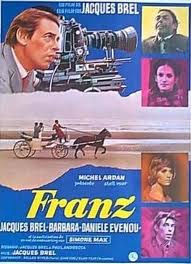 A keen aviator, Brel passed his pilot's license in Switzerland and then took up the offer to launch himself into the world of celluloid, first as actor then director. These twin obsessions would dovetail to fine effect in the overhead panning shot of the Blankenburg tram trundling over the dunes, which opened his directorial debut "Franz", which premiered at Cannes in 1971. This dark melodrama starred Brel himself as a composite Brelien figure, marooned in the geographical and tragi-comic end of his own back-catalogue. The cinematography impressively captured the haunting monotony of the Belgian countryside and won plaudits from the critics as a first noble effort. But commercially the film failed to live up to his landmark break through back at the Olympia Music Hall back in 1961, when his name became the toast of toutes Paris. And so with time ticking by and dreams still to be realised, Brel added a boat to his escape plans, said goodbye to wife and daughters and set sail for a desert-island exile in the middle of the Pacific Ocean. 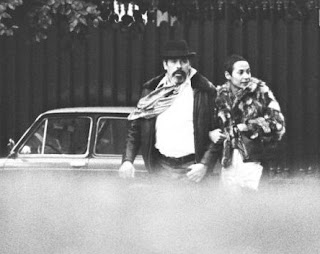 By the middle of the decade with failing health, he found himself making regular trips back, island-hopping to Los Angeles and then onto Brussels or Orly depending on the consultation required. Accompanied by his partner, Madly, the couple played cat and mouse with the "Paris Match" paparazzi, hungry for snaps of the ailing monstre sacre. Lying low behind hotel curtains during the day, the nights were spent re-visiting old haunts such as "Chez Leon" off the Brussels Grand Place, re-living the years of triumph in the company of old cronies from his touring entourage with occasional visits from the likes of Claude Lelouch and actor Lino Ventura. And it was here that serviette scribbled doodles, risque jokes and boozy reminiscences would coagulate, re-fuelling the chansoniers fires to lay down a final testament to his lyrical obsessions. By 1977 the urgency to record them would become acute as the advancing stages of lung cancer threatened to extinguish any thoughts of a final performance. 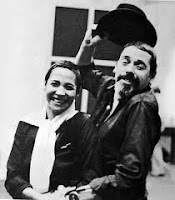 And so it was that a final session was convened that autumn in the company of his established accompanists, Rauber, Jouannest and Azzola. The songs picked up the same familiar themes, the quartet locked into the same musical patterns. Here was a slow moving ballad, here an uptempo march with accordion fills. One track would suggest acute vulnerability only for the mood to be broken by a ribald portrait of crude misanthropy. The humour was black the sentimentality brutally honest, but underscoring every note there was something new. From the beginning his songs had meditated on the limited course of the human condition, but at that autumnal session in 1977 every single song bears the heavy presence of impending expiration.

The years of isolation at Hiva-Oa had left Brel pondering a number of unanswered questions and the death of his manager and confident, Jojo Pasquelier in 1974 precipitated a deeper contemplation of his world. From here he wrote touchingly about his friend "Jojo", imagining them re-united,"six feet under", swapping moth-eaten anecdotes and Brel even suggesting their graveyard be transformed into the heyday of their professional triumphs back at the Paris L'Olympia. This song took the male-bonding of the earlier "Jef" that bit further, focusing unashamedly on his own personal loss and the theme continues in "Voir un Ami Pleurer", which similarly pulls no punches with it's description of a friend bereft, a sight even sadder than the "towns exhausted by 50-year old children". The inevitable decline into old age permeates everything and "Viellir" describes it as a fate far worse than death itself, with that final " belle affaire" served as the only respite. The song's transcendent chorus echoing the triumphant fatalism of the earlier "La Mort" and "Le Dernier Repas". 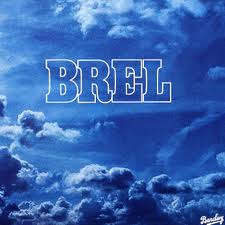 In "Orly", Brel stands in the shadows watching a young couple violently disengage from each other; the girl finally engulfed by a monstrous bourgeois crowd of onlookers "nibbling" at her as though she were fruit. In this song Brel seems to be saying that their long cold journey into old age is only beginning. In "Avec Elegance", one of a brace of songs recorded at the same time, he remarks how men at 50 know they should leave for the provinces, simply through looking into the indifferent eyes of the beautiful women they encounter on city streets. To retire, to be put out to grass, "to be desperate but with elegance".  Another song inexplicably left off the album, "Sans Exigences" describes the winding down of a relationship in desperate yet noble terms to the touching accompaniment of an unusually minimal and skeletal harpsichord. Each verse conjuring up the de-escalation of passion and the resignation of trust. 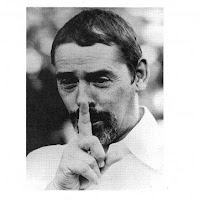 Possibly in the interests of balance, though more likely designed to reinforce his bravura stage persona, Brel off-set these honest statements of decline with a slew of minor, up-tempo songs that pitted his "characters" against the old enemy; women. Sounding like a bastard soundtrack to Fellini's contemporaneous "La Citta Della Donna", the songs unbalanced the album and lead to renewed criticism of the author's barely disguised misogyny. In "Les Ramparts Des Varsovie" this is joined by a dash of homophobia, whilst in "Les F...", Brel gives himself over to quite earnest racial self-loathing. In this song his hitherto merely hinted at disdain for Flemish nationalism is made explicit against a highly ironic disco backing. The song with it's infamous accusation of his fellow countrymen being "Nazis during the wars and Catholics in between" leaves no margin for misinterpretation or ambiguity by a final line in which the author states, "And if your cowardly brothers don't protest, too bad for them, me I stick to my guns, signing off, Jacques Brel!". The song would lead to anti-Brel graffitti along the Brussels railway sidings and polarise the affections of his local fan-base. But in this unforgiving final performance Brel was taking no prisoners. 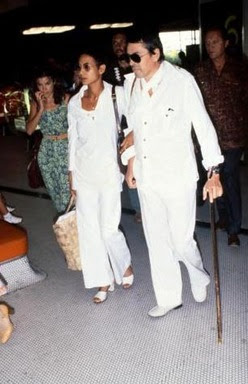 If women and his homeland get a raw deal, then it was matched by a refreshed onslaught against another ancient foe; organised religion. Throughout the LP, Brel makes it clear time and time again that he had no intention to make peace with his maker. If a feeling of bittersweet loss is the mood of the un-issued war memory "Mai 40", then the air is thick with anarchy for the LP's opening song "Jaures". This song, a rare political tribute to the anti-militarist leader of the French left, assassinated in 1914, at the outbreak of a war made with "priests blessings", explicitly outlines Brel's despair in religion. In asking why Jaures was killed, Brel seems to be addressing "Le Bon Dieu" Himself, and in the song of the same name he finds the answer, declaring him to be no maker of miracles, but something better, "You are a man!" Just a man.

Brel the man passed away in October 1978, 12 months and 8 days after recording the album's closing tribute to his island hideaway. In 1961 he'd celebrated the dream of "Un Ile", "out in the open sea of hope, where men would not be afraid". By 1977, the island described in "
Les Marquises" is one of eerie menace and stultifying disorientation, where seasons don't exist and time stands still. But by this time Brel was done with romance and as the last words he would sing declare; 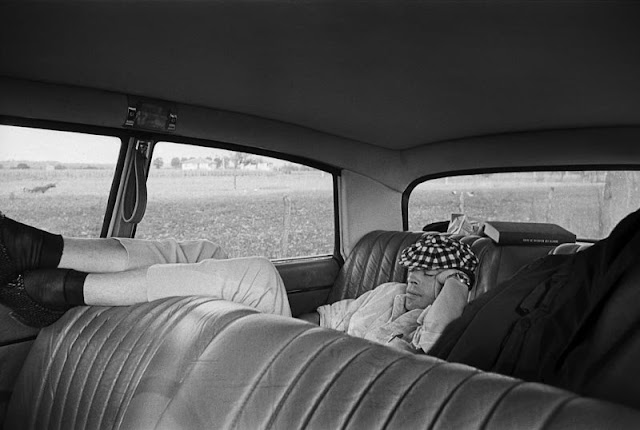