"Stop what you're doing, put the ironing board down and listen to this! It's the new single from the Teenage Opera!" 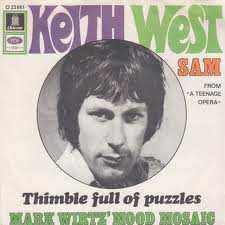 Like a call to arms, the message spluttered over a million transistor radios the length and breadth of the British Isles that Autumnal morning in 1967. The Portland Place relay bounced with an unstoppable momentum winding over field and dale to the Eastern lowlands of Trimley St Martin and on past the vast conurbations of the industrial North. Over the Welsh borders and deep into the pork scratchings heartland of the Black Country. The message finally settling in the blinking transmission mast located in suburban Sydenham, high above the "Great Wen" itself.

This was it! After many months of careful preparation the latest instalment of "The Teenage Opera" was ready to be unleashed...!


And if they wern't sitting down when it started they most certainly were by the time it ended. But unfortunately nobody seemed to get up again to go out and buy it and another hype drifted into the ether.

The failure of the record put paid to the release of the mooted film, stage show, double album...probable moon-shot... and all the feverish debate that had dominated the music press since that July. The concept's signature-tune smash, "Grocer Jack (Excerpt From a Teenage Opera)", had swept all before it that summer and seemed to usher in the next paradigmatic shift in pop music production, originating as it did from from the very same studios that had given birth to "Sgt Pepper". The songs were the brainchild of German wunderkind and Abbey Road staff producer, Mark Wirtz, sometime MOR songwriter and arranger of period curios for the likes of Caroline Munro, Bob Monkhouse and Barbara Windsor ("Don't Dig Twiggy"... anybody?). Wirtz was also the producer and mentor to underground pop-group Tomorrow and for much of that year, band members Steve Howe and Keith West found themselves cajoled into extra-curricula "Teenage Opera" sessions when not working on their own album. 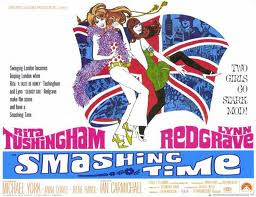 Tomorrow were a band dogged with frustration despite their recognition as founder members of the original British psychedelic wave. Their club appearances were contemporaneous with the likes of Soft Machine, Pink Floyd and The Crazy World of Arthur Brown but bad luck and management saw them miss commercial opportunities for wider success. In 1966 the band auditioned for Michaelangelo Antonioni's opaque and frankly loopy swinging city statement "Blow Up" starring David Hemmings and Vanessa Redgrave, but they lost the gig to The Yardbirds. They did however wind up in sister Lynne Redgrave's almost anti-"Blow-Up" satire "Smashing Time", written by surrealist jazzer George Melly. In this exuberant and genuinely uplifting camp romp, the band had an acting role as "The Snarks" appearing in a manic custard pie fight and an even more manic party at the long-gone revolving restaurant of the Post-Office Tower. By the time of the film's release their album was in the can but the unexpected success of "Grocer Jack" convinced EMI to sit on it.

The company found themselves with a potential money-spinner with Wirtz creating manifold spin-off songs to bulk up a full-on concept album. What the concept was wasn't exactly clear, but that year's new children's show "Trumpton" seemed to be sipping the same creative juices and one imagines a film version might have ended up like the whimsical 1969 featurette, "Les Bicyclettes De Belsize". Unfortunately for vocalist and co-writer Keith West he found himself an integral part of the whole package and when Tomorrow left London to tour the wild provinces that year, they found themselves compelled to play the song in their set. Exactly how this came off without the orchestra and children's choir is anyones guess!

The failure of the brilliant, "Titfield Thunderbolt"-inspired, "Sam" brought the curtain down on the whole thing but for Tomorrow it was too late. Media-promoted psychedelia rapidly came to a close with The Beatles "Magical Mystery Tour" film fiasco and at the "Christmas on Earth" extravaganza at Olympia in December, the band shared the stage with a rapidly imploding Pink Floyd and proto-metal showman, Jimi Hendrix. The year gave way to the cold reality of 1968 and with the momentum lost the band members split for pastures new. West tried for an Apple contract but lost out whilst guitarist Howe, responsible for the impressive West-coast raga-rock sound on the band's eponymous Parlophone album, finally released in February 1968, had to wait a good 2 years to find a similar band to match his talent. (Yes I know he joined Yes!) 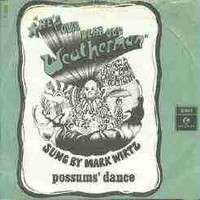 In the meantime Wirtz soldiered on with his backlog of recordings issuing a number of singles under different guises, including another remarkable excerpt from "The Teenage Opera" under his own name. The February 1968 single "(He's Our Our Dear Old) Weatherman", was another Toy-Town masterpiece with Wirtz fashioning a Wagnerian cacophany of BBC light programme strings, children's choir, kazoos, tub-thumping drums and trademark balalaikas. His phased teutonic phrasing make this a particularly memorable number. It beggars belief that this was released as a single and needless to say it sank like a stone:

Phil Smee of Bam Caruso fame compiled a "Teenage Opera" facsimile a few years ago on RPM Records which shouldn't be too tricky to track down. (He once taped for me a Czechoslovakian "Beat 67" LP which I never thanked him for...) The CD is fleshed out with too much material to make it a comfortable listening experience but one is grateful for the effort put in and great fun can be had assembling an ideal 45 minute LP from the sessions (...I mean if you've not much on!). At times it's easy listening, at times it's whimsical pop but throughout it's uniquely Mark Wirtz, with the kitchen sink never far away. It's not the British version of "Smile" but I can't think of too many other pop records with such misplaced ambition. This is my cut: 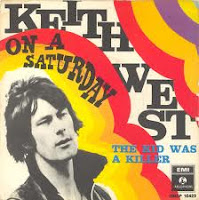 As the summer of 1968 saw the last vestiges of psychedelia give way to hard rock and roots music, Keith West in the company of Ron Wood, Aynsley Dunbar and Steve Howe, returned with a solo single. The quite beautiful "On a Saturday" gives a hint of the star West could have been if things had fallen into place. The song's summer into autumn feel, pensive lyrics and jazzy guitar and drums offer a sweet counterpoint to Wirtz's sturm und drang excesses.

I think I'll leave you with this. A bit like a cool mint after a rich curry: